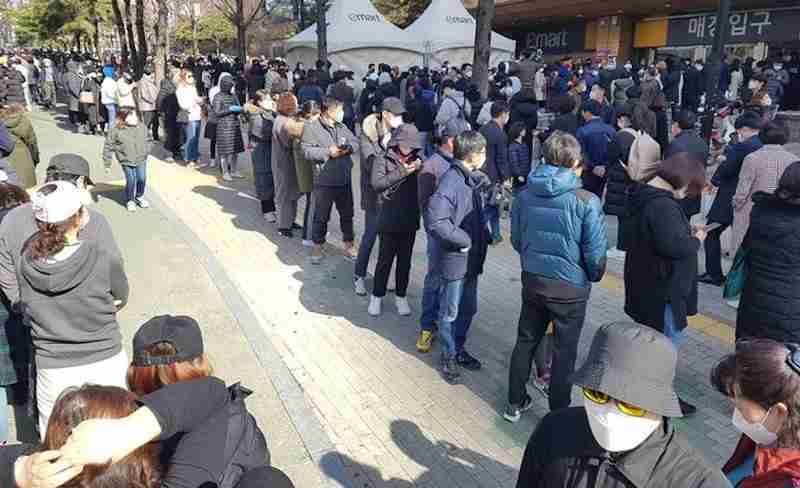 Japan plans to ban entry by foreigners who have visited the South Korean city of Daegu and the neighboring county of Cheongdo in North Gyeongsang Province recently. The two places have been the center of the coronavirus outbreak in the country, government sources said Wednesday.

The government will approve the ban during a meeting on the pneumonia-causing virus in the afternoon, the sources said.

The plan came a day after the Japanese Foreign Ministry raised its travel alert for the city and the county in southeastern South Korea, asking Japanese people not to make nonessential trips to the area.

The entry ban is likely to target foreign nationals who have been in the city or county within two weeks of their arrival in Japan, according to the sources.

So far, Japan has barred entry to foreign nationals who have been in China’s Hubei Province — whose provincial capital is Wuhan, the epicenter of the outbreak — and Zhejiang Province.

The South Korean government on Wednesday reported 169 new coronavirus cases as the situation rapidly worsens in the country, taking total infections to 1,146.

The death toll rose by one to 11 from the previous day.

South Korea is on its highest alert over the outbreak of the pneumonia-causing virus, with most cases found in the southeastern city of Daegu and Cheongdo.

Japan Railway Offers Vegan And Muslim-Friendly Sweets
Next Post: How To Spend Time In Japan These Days If You Are A Visitor?