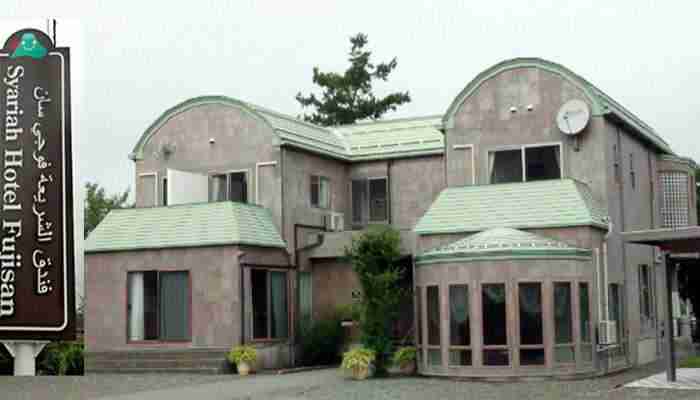 We wanted to share this blog post which we wrote some time ago. We are confident many visitors to Mount Fuji and the surrounding areas will appreciate the fact that actually, there is a place to stay which is Shariah-compliant. Please read the story if you want to know more about this amazing hotel.

FUJIKAWAGUCHIKO, YAMANASHI PREF. – First-ever Shariah-compliant hotel recently opened near the world-famous Mount Fuji in Japan. The hotel for Muslim travelers has opened near Lake Kawaguchi, a scenic site at the foot of Mount Fuji. It ticks all the right boxes, but a month after opening it has yet to take any bookings.

Japanese dishes using beef and unfermented seasonings are served in consideration of the fact that observant Muslims do not drink alcohol or eat pork.

The hotel was created after renovating a vacant house, but despite the investment, as of Aug. 17, no reservations have yet been made.

Shigeru Yamashita, president of the hotel operator, said he did not expect customers in the first days after the opening.

“I run the hotel while looking ahead to the future in five to 10 years,” he said.

Yamashita, 72, became interested in halal food several years ago after sponsoring an event organized by a group that certifies such diets.

He decided to target Muslim tourists because increasing numbers of visitors to Fuji Kawaguchi ko were from Indonesia and Malaysia.

Those nations’ tourism surges come on the back of rising prosperity.

Another hotel run by Yamashita in the town started to offer halal food last year.

Yamashita decided to open a hotel dedicated to Muslims after being told in April by a Muslim family visiting the town that there was no mosque nearby and that they had difficulties finding a halal restaurant to eat in.

Fuji Kawaguchi ko is familiar with Indonesians and Malaysian visitors. More than 8,000 citizens of each nation stayed there in 2015.

Yamashita said the figures will rise if a welcoming environment is developed.

He is also considering setting up a mosque at the hotel and offering services for Muslims at another hotel he owns, but this will depend on how the new hotel’s fortunes play out in the coming weeks and months ahead.